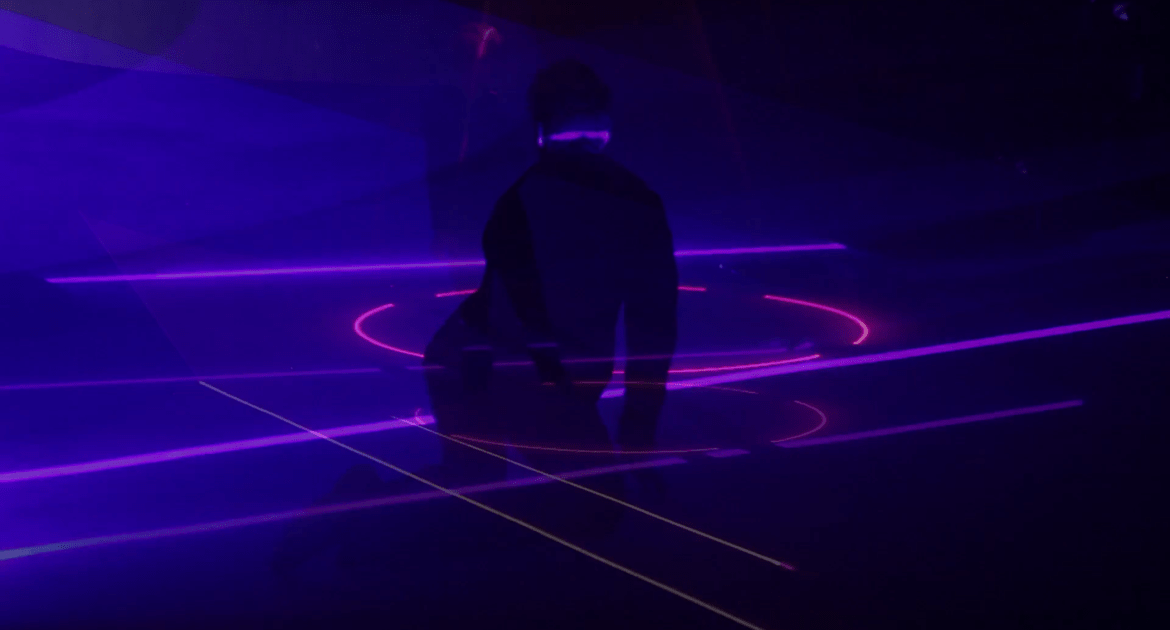 The Ends of the Line

The Taciturn Receiver performs ‘The Ends of the Line’, a displacement of language, images, sounds and bodies. The preview of this multimedia theater work takes place on Thursday January 17th at the Kunstkapel in the Beatrixpark.

On 17–20 January, The Warp presents a multimedia theater work at the Kunstkapel. During four nights in January, The Taciturn Receiver performs ‘The Ends of the Line’. The piece is written and based upon the lives and writings of Christine Brooke Rose, Philip K. Dick, Henri Michaux and Unica Zurn.

The Taciturn Receiver is a performance ensemble characterized by laser and optical scenography, disembodied voices, live soundtracks and figurants caught within this matrix. For this project, the group imagines an estranged environment where these four authors are virtually recreated by their texts.