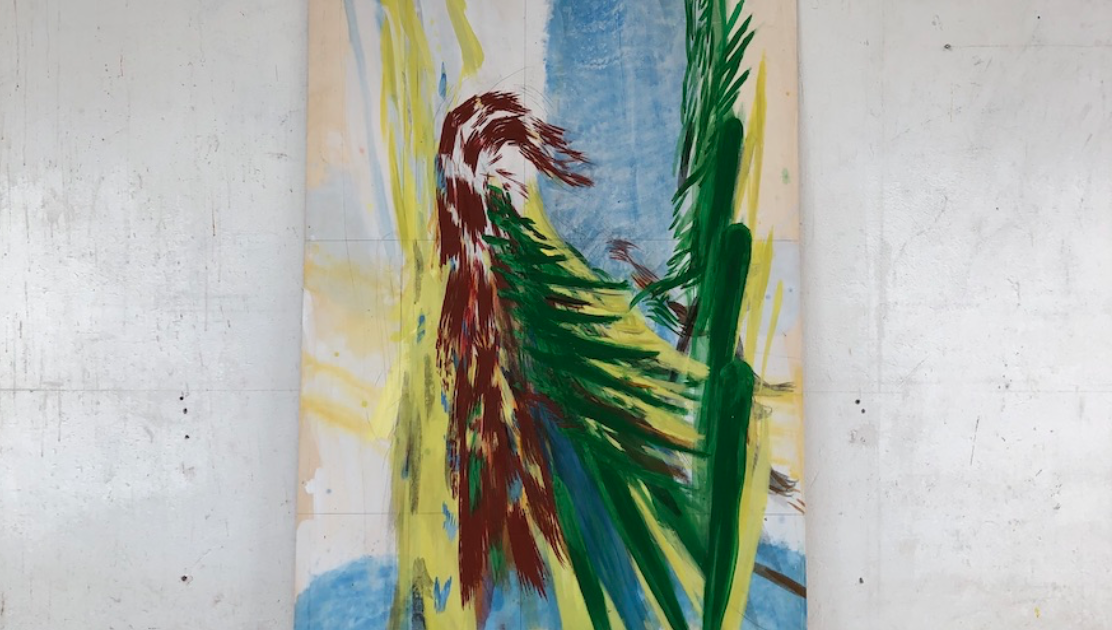 On 20 October an exciting new edition in the gallery’s series of duo presentations will open: Dieuwke Spaans has invited Marien Schouten to join her in an exhibition given the title Portal and Figures. The idea of connection plays a significant role in the work of both artists. Connection in time, as a form of development, or growth; but also connection as a spatial, architectonic concept, the transition from one space to another, or from one state of being to another. A joint exhibition is in itself a portal in which new connections can arise. Contrasting with this somewhat more formal concept is the idea of figures, which could be understood as forms that become motifs, a visual language based on a unique vocabulary of associations.

Spaans: “What I’m very specifically moved by in Marien’s work is that it appears to be formal but is, in fact, also sensitive and spiritual. This is how I grasp his work within the context of the present time. Although indeed referring to formal aspects, it enters into a personal dialogue that deals with who we are. That relates well to the themes in my own work, which revolves around yearning, transparency, collectivity.” The forms in Spaans’s work – the contour of a Chanel dress, for example, or a Duchamp-like keyhole – are actually all saying that there is a portal to another world, another space beyond visible space, a space that can be approached intuitively. Whether ceramic pieces or collages and drawings, her works have become more and more emphatically about the concept of the portal and the potential for connection which enables us to understand the world.

For Marien Schouten the making of a joint presentation involves a play of diverse autonomous elements. The open-ended title of the exhibition is, in his view, a good point of departure for expressing that chemistry. In the exhibition Schouten allows steel fencing to intersect the space diagonally like a heavy curtain. The fence itself is an artwork, sculpture as well as architecture, but here it also functions as a mediator, a connective factor. It steers our observation, as it undeniably acts on the viewer’s position and hence also influences the dialogue among the works by the two artists.

Fences and grids are recurrent elements in Schouten’s work, and the consistent thread running through it deals with the relationship between painting, architecture and sculpture. His recent paintings can be seen as a reconquering of the figure in painting. “Abstraction was long considered a reduction to the essence,” Schouten says. “You can also see abstraction as a starting point, however. The artist’s means – material, color and form – are, after all, abstract. In that sense all art is abstract, and figuration is merely a specific form of abstraction. In my new paintings I allow for more figurative associations than I have in the past, without letting the work become figurative. And I use more colors now. At the same time, the abstract levels in the work, such as the grid and the fence, continue too.” The thin lines of the grids that still remain present in the background of his paintings are the supports over which Schouten drapes, as it were, his brushstrokes. Constantly resonating in the creative process is an echo of the original image that has lodged itself in the artist’s mind and keeps on demanding new physical definition.
Spaans: “My interest in the work of Marien is based on his capacity to create parallel worlds, and to give those meanings in a very associative, sensitive manner. Such a steel curtain divides the space and could very well be coercive toward the viewer, but to me that work is above all the expression of longing, of the fact that you want to discover something.” Portal and Figures lets us witness the sensory adventure that characterizes the work of Spaans and Schouten – the desire to discover something. 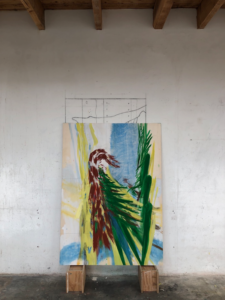 This presentation was realized with the support of the Mondriaan Foundation.